AKG acoustics have certainly been around a long time, being founded in Vienna, Austria, in 1947. From a company that began with the manufacturing of items like film projectors and car horns, it went on to design and manufacture some of the most popular and iconic microphones ever used, like the D12, C414, and the C12. 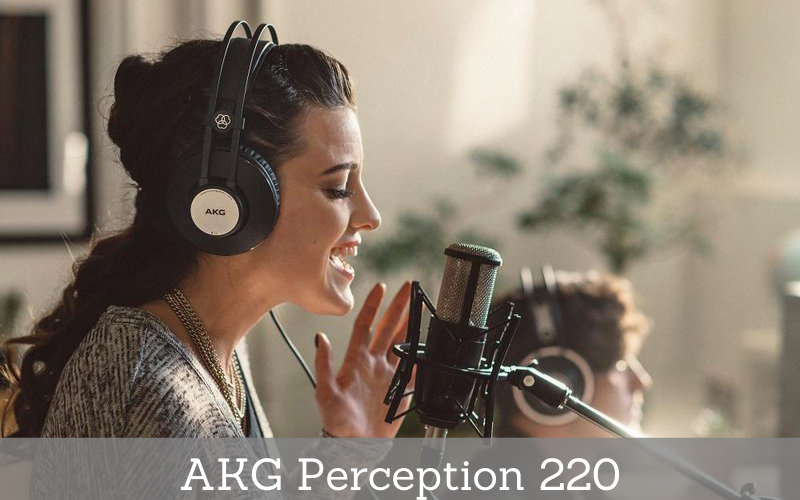 Since becoming a blue-chip company in 1984 and being absorbed by bigger conglomerates, are AKG still a manufacturer of innovative and quality audio solutions? 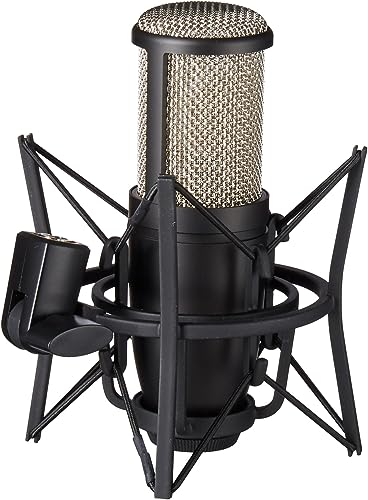 The AKG Perception 220 is a low-price condenser microphone built for the recording of vocals and instruments. This is an LDC microphone with a 1” condenser diaphragm and a cardioid polar pattern, which makes it quicker at responding to transient frequencies.

What are transient frequencies?

These are short-duration, high amplitude sounds that transpire from musical instruments or vocals at the beginning of a waveform.

The AKG Perception range of wired condenser microphones are some of the most popular available in the marketplace at this price point.

It is a well-built, rugged microphone with a contemporary style. And comes in a smart black, matt finish with a silver mesh grill encasing the capsule. It actually looks identical to the more expensive P420 with the AKG logo on the front. AKG build has always been exemplary, and this is no exception. 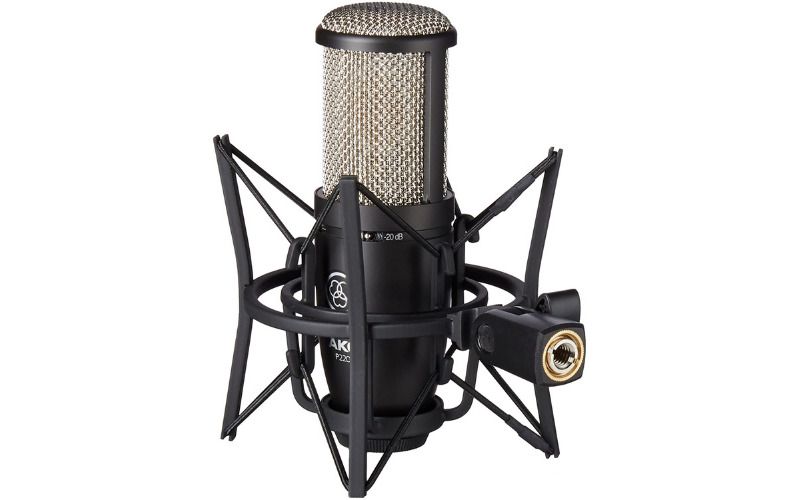 Is it similar internally to the P420?

There are similarities, but the 420 has a large dual diaphragm. They are both built for the same multiple applications, though.

The microphone is fitted with a -20dB pad and a low-cut filter rolling off at 300Hz. Personally, I think they are a nice feature, but I wouldn’t use either of these on the recording of a lead vocal. They are certainly feature’s that would help a great deal in the mic’ing of overheads, acoustic instruments, etc.

The filter will basically cut out the low frequencies to a specified point. This will cut out the unwanted noise and rumble, leaving you with what you are actually looking for in the high range from a particular instrument.

The pad simply prevents the microphone from clipping and distorting, when extreme signal levels are directed at the recording capsule. 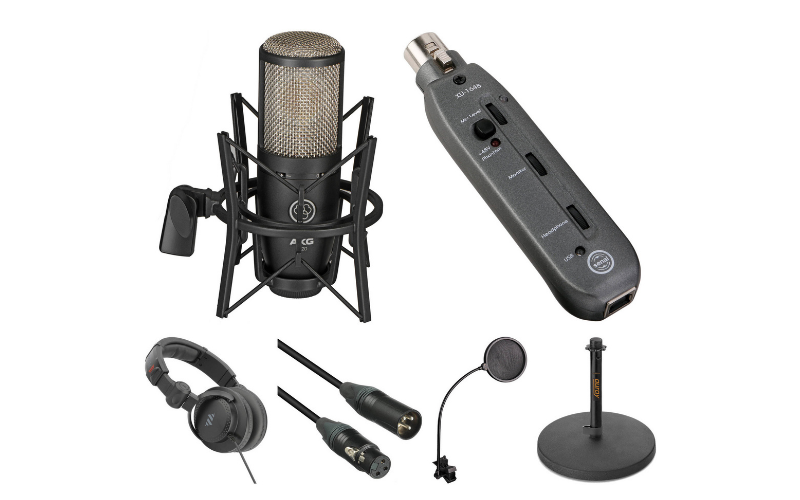 As with the majority of condenser microphones, you will need a device with phantom power to get the P220 to work.

The Perception 220 has a fairly flat response but still manages to hold on to a substantial amount of warmth. I tried recording some close mic’ed vocals and found that the 220 felt a little inadequate in the mid-range. It also seemed a little harsh and grating in close proximity.

It appears to work better on vocals if you give it a little space. Having a -20dB pad would tell you that it is a pretty sensitive microphone, so using it in a more controlled, sound treated space will definitely help you achieve a more desirable result.

Given the right recording environment, the P220 works really well on vocals and sounds really clear with plenty of warmth. It’s easy to see why it has become AKG’S most popular microphone in the range.

As a studio microphone, the P220 works well on many instruments, giving a clear, crisp sound. I tried it on drums, both as an overhead and also a bit closer to the cymbals. It worked well using the filter and the -20 dB pad. As an acoustic guitar microphone, I would also recommend it as a great option.

AKG suggest that the P220 is also a great choice for live applications and will certainly leave you impressed with its sound accuracy. With the -20dB pad, I can see how it could work well, but I haven’t had a chance to try it out personally, unfortunately.

The AKG Perception 220 is exceptional value for money; in fact, it is one of the best value for the money microphones you can buy. However, this is a market saturated with many great low-cost microphones competing with each other. Take your time reading reviews, and look for key points that you expect from a microphone, and I’m sure the one you want will be out there.

What’s in The Box?

The AKG P220 is a microphone with many applications. It is a really versatile microphone that will do excellent service in the recording of vocals and numerous instruments, including drums, guitars, and pianos. And it comes at a very reasonable price, considering its many strengths.

Would I use it?

Cheaper range condenser microphones are always going to have some noise from high frequencies, causing varying amounts of sibilance and hiss. This is where your knowledge of EQ will shine. Therefore, spend a bit of time learning and get your understanding of EQ to a satisfactory level.

So, after examining the AKG Perception microphone in detail, it would seem that AKG are still in the business of making high-quality audio solutions. The P220 is a high-quality microphone at an unbeatable price.

This is a microphone that will do far more than just record a vocal for your demo; it will take your recording to another level at a budget price. Don’t be put off by the price point, I would be more than happy to use the excellent AKG Perception 220 microphone, so I’m sure it will work for you as well. 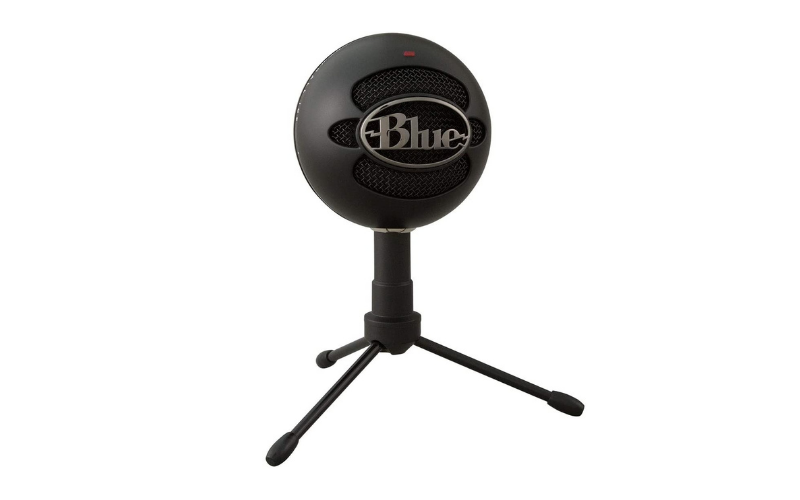 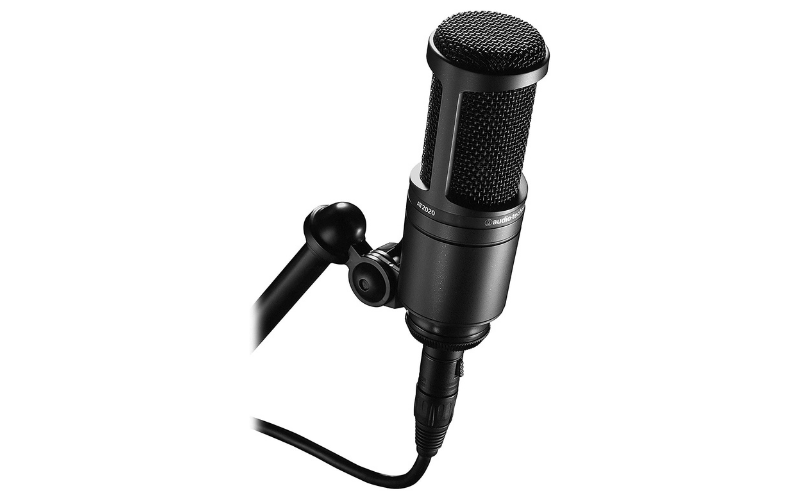 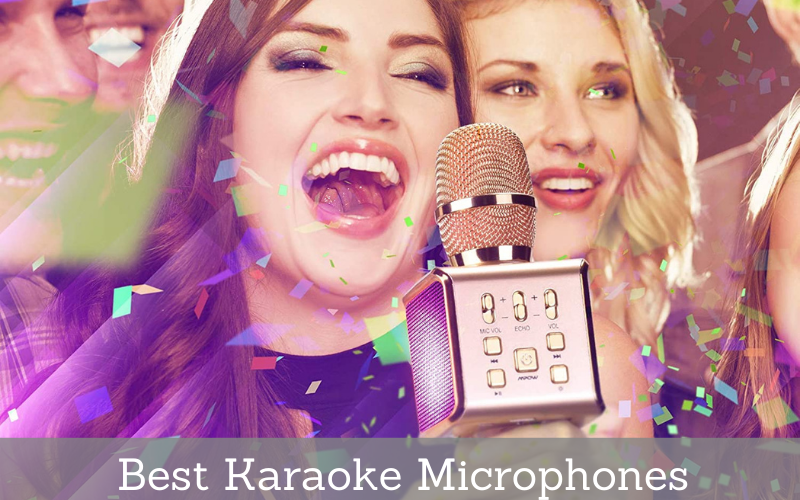 Top 10 Best Karaoke Microphones On The Market In 2021 Reviews