It is unlikely that you will see this amp stacked up behind the greatest bands in the world. That isn’t what it is for. You also won’t be going down to the shop to buy replacement EL34 tubes. This hasn’t got any; it is digital. You don’t need too much in the way of effects pedals, either. They are all built-in. This is a modeling amp.

Modeling amps have been with us for quite a few years now. They are attempts at recreating classic tube amp sounds and what went with them. There are plenty of digital modeling amps; some even include valves to appear more authentic.

A lot of manufacturers embraced the modeling idea. Some good, and others, not so good. Some say their repertoire included “historic Marshall amps and cabinets from the past.”

Get it from the tree…

That tree is in Milton Keynes, Buckinghamshire in the UK, fifty or so miles from where Big Jim first gave us ‘Loud’. The roots have grown deeper and the branches wider; hanging off that tree, you can pluck the Code 50W modeling amp.

Nothing compares to you…

Amps had been around in the UK for a long time. Marshall certainly wasn’t the first. We had our Vos AC15s and later AC30s and our Selmer Zodiacs. Jim wasn’t the first to place an amp on a cabinet piggyback style, either. The Fender Bassman did that.

But the styling was unique, and the idea of what the amp was going to be used for was unique. And good heavens was it loud. You have no idea.

We heard what ‘Loud’ was…

Sitting outside that little shop in Hanwell, West London, and listening to Pete Townshend or Richie Blackmore rattling windows on the other side of the street. And they were just the early prototypes.

There was the JTM45 Bluesbreaker, a great amp. But it was a couple of years later when the Plexi opened up for the first time. And moved the clocktower in Hanwell High street three feet further away from the shop. The ‘Father of Loud’ had arrived, and the queue down the road to buy these 100-watt stack monsters grew in length. Nothing compared to them. Still doesn’t.

Let’s have a party…

Marshall moved away from Hanwell, and they held a party down the road at the Ealing Club. The biggest, and we mean the biggest, names in rock turned up to raise a glass or ten to the end of an era.

The shop. So much a part of all of our young lives was closing and trundling off to a bigger place in Milton Keynes. 1967 saw the end of an era.

There was to be some competition, though. Cliff Cooper’s Orange amps and cabinets came and showed they could be as loud in 1968. The same year along came HiWatt, born out of Sound City. They were pretty loud as well. All within a few miles of each other.

Marshall continues to bear fruit, so to speak. And now there are digital alternatives. The same sound? Not quite, but closer than anyone else can get. And we’ll tell you just how fresh and juicy one of the apples from the Marshall tree is with our in-depth Marshall Code 50W Review.

We have had modeling amps for twenty years now, so they are not a brand new idea. But Marshall themselves didn’t rush to join this emerging technology. They waited until 2016 to release the Code series.

But when it arrived, it was worth waiting for. Years of classic sounds in an amp you can pick up and easily carry around. With one hundred presets, you can mix and match emulations of Marshall cabinets, preamps, and amps. All pumped out through one twelve-inch speaker.

This is an amp that is comfortable at home. It even has a headphone socket, so you can let rip without moving the clock three feet further down the road. Whatever the reason for their delay in joining the modeling party, they were clearly waiting for the right moment.

So, let’s take a bite and get a taste of the Marshall Code 50… 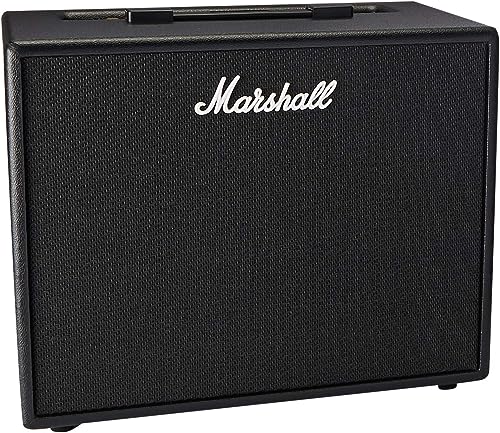 Marshall has a history of building tough cabinets. With Pete Townshend around, they had to be. This cabinet is no different. As all their speaker cabinets are, it is built from 11-ply Baltic birch. It looks strong, and it is.

The only difference is that the back of the cabinet is made from fiberboard. This wasn’t a cost decision. The original wood was plywood, and it sometimes created a booming sound. Fiberboard has a deadened sound, and so that problem has gone.

This is quite a portable amp measuring 17.8 by 10.7 by 17 inches. Looking at it, you would not think it would weigh in at 27 pounds. However, that is not too heavy to carry around for most people if you need to.

Much of the weight comes from the twelve-inch speaker. The size of the speaker also makes this cabinet somewhat larger than many of its 50-watt competitors. We will return to the speaker a bit later.

The design of the cabinet isn’t extraordinary in any way. It is actually quite minimalist in its design. But that has been the Marshall way since the 60s. They don’t see the need for wild colors. They let the sound do the talking. This is just one medium-sized box. It is covered in a strong black vinyl with a Marshall logo in white on the front.

Let’s return to the speaker briefly. Marshall designed this speaker, especially for the Code series. It handles a power rating of 50 watts and a bit more.

Having a quality speaker onboard comes with a small downside, making it a little heavier. But that is outweighed by the plus points this modern-day marvel has to offer.

One major plus is that you can gig quite comfortably with this amp in small and even in some medium-sized venues. This is not just a practice amp. The speaker makes sure of that. Nor is it just made for use in a studio. It packs out some punch. But then that’s what Marshall does best.

Marshall, like many other manufacturers, usually have their controls across the front of their amps. That would not be practical with a combo such as this. Much better to have them placed on the top where you can see them and where they are easier to operate. 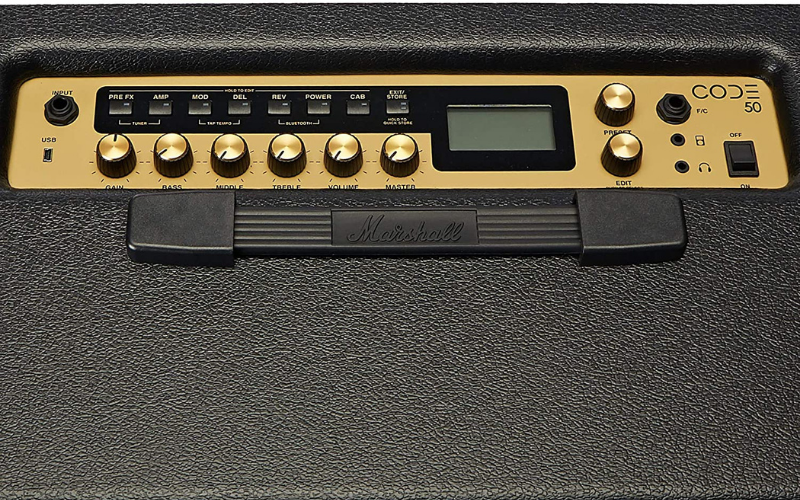 There are essentially two areas of control. There are the effects and digital aspects that sit along the top of the control panel. In that section is also a digital screen. All the effects, amp and cabinet simulations, and presets are controlled here. They are displayed on the screen to show the current status and what is going on.

There is a more familiar line of controls. These include Treble, Mid, Bass, Gain, and also the Master Volume. There is also a USB port, a ¼ inch input, aux input, and a headphone socket.

More than plug it in and turn it up…

This is going to be a new experience for traditional Marshall users. You will need to do more than plug it in, turn it on, and turn it up. There may be a learning curve involved to get to know this amp. Time well-spent, we think.

We certainly haven’t got the space here to go into everything this combo offers. We will be brief and include the major inclusions.

There are 14 preamps, eight speaker cabinets, and 14 power amps to choose from. Needless to say, they include the best vintage Marshall amps, the Bluesbreaker, and the JCM800. To match with the amps, there are the cabinets of which ‘that’ iconic 4 by 12 is prominent. Well, it would be, wouldn’t it?

Once you have got your amp and speaker combination settled, then you can think about applying any of the 24 effects.

Plenty to choose from…

Included are overdrive and distortion, delays and reverbs, and a chorus and flanger. There is also a wah, a phaser, a compressor, and a pitch shifter. Everything you want from one of the best modeling amps ever made.

For a nice touch, they have included a tremolo sound from the 60s. And there is a tap tempo. That ought to be enough to get the sound you want. And speaking of sound…

You can rely on Marshall to deliver sound. If you haven’t got an original tube amp, this is the closest you will get to one. You will have taken the apple from the tree.

This is a must-have amp if you are a Marshall fan looking for something portable but with power. Emulations of what made the Marshall name are all included. There are plenty of sound options, as you will have seen in the last section. But they are not all’ blow your socks off’ sounds. Included in this amp is just the sweetest clean sound that just chimes.

The sound options using the effects included are nearly endless. As we said earlier, you just have to take the time to get to know it.

It is so easy to go between that clean chime to some serious Marshall’ crunch’. And if that’s not enough, there is plenty inside to take it further to give you some heavyweight metal. Or you could just indulge yourself.

Wallow in a bit of nostalgia. Call up the JT45. Hook up a couple of 4 by 12’s. Turn it up to ten, close your eyes and let it have it. It will be the Ealing Club in 1967 all over again. Images of Townshend, Page, Beck, and Blackmore will rush before your eyes. And then sit back and raise a glass to the guvnor, Jim Marshall.

We ought to mention some extras. You can connect your device via Bluetooth, and the aux input allows you to play along with your playlists. Furthermore, through the Bluetooth connection, you can control it remotely. We are sure it won’t long before Marshal can claim the title of Best Guitar Amp with Bluetooth.

And one more bit of deliciousness is that you will get access to the Marshall Gateway software. This is, of course, iOS and Android compatible.

This is a versatile amp with just about everything built-in and housed inside a well-made wooden cabinet. It is powerful and subtle at the same time.

Do you get that Marshall EL34 driven sound? No, you don’t; that is not possible – from anyone. But with one of the best combo guitar amps that we have seen, you are going to get closer to it than anyone else.

Is there a competitor that will give you so much quality at this price point? We doubt it. It is a Marshall. That’s all we need to say.

Go pluck the apple from the tree. You won’t regret it. 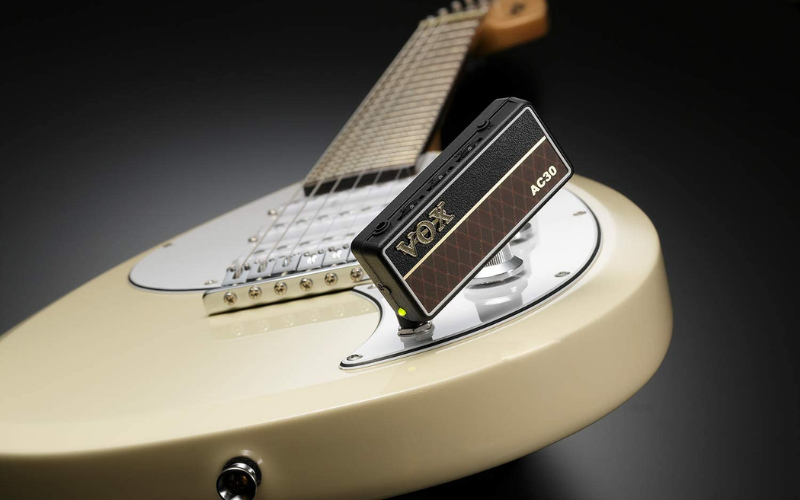 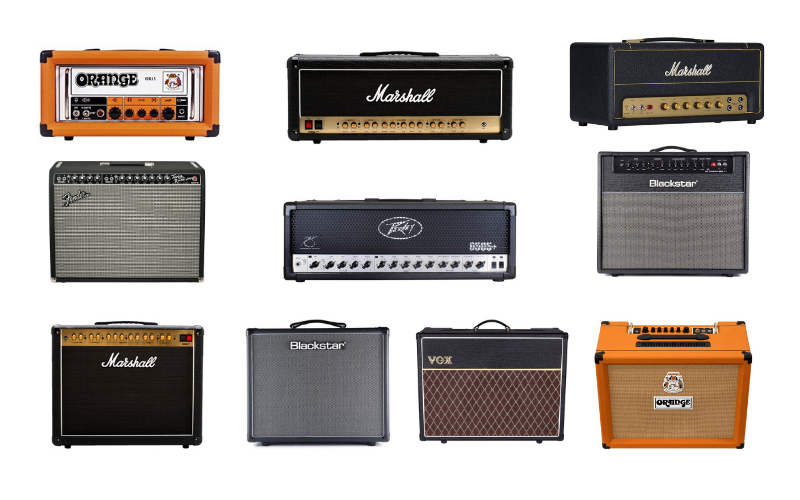 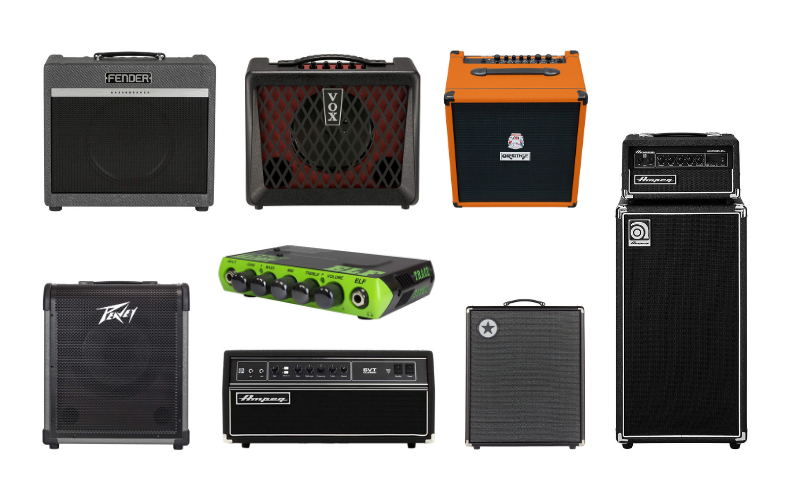 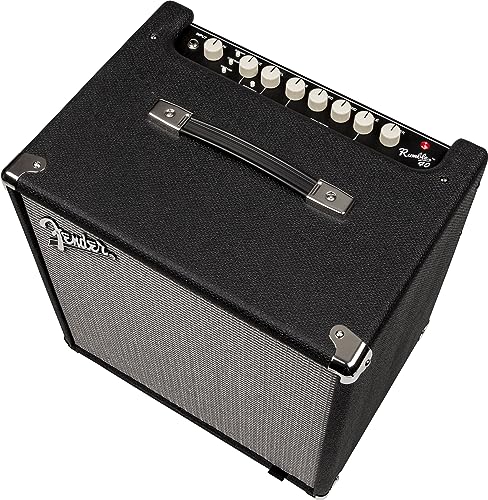